Introduction: Just like what I said in my FB page, I'm pretty much a sucker for Zombies. So when I read the overview, I grabbed this book and plunged into reading-manic. Then I realized its already book 2. So I spent a lot of times trying to locate the first book... but to no success. So anyway, I skipped book 1... and turns out it ain't that much of a miss. Which is a good thing coz I do believe that in a series - despite the stories being interrelated - each book must be stand alone. But I would really love to read it to understand this whole magic and underworld thing more.

Overview: Bodies are hitting the pavement in L.A. like they always do, but this time they're getting right back up, death be damned. My mobbed-up outfit of magicians may be the strongest in the city, but even they aren't immune to the living dead.

And I've yet to develop a resistance to Adan Rashan.

If I don't team up with the boss's son, we won't just be at each other's throats over control of the outfit. We'll be craving hearts and brains, as well.

Because as long as this nasty spirit from the Between is stopping souls from finding peace, I'm facing the biggest supernatural crisis to ever hit the City of Angels.

Zombies, it's time you feared me.

My Opinion: When I started turning the pages of this book, at first I was a little lost with all this magic lingo, all this juice and outfits and world rules, and then Domino's thing with Adan - who by the way I find mysteriously charming. But slowly yet surely, as soon as I got the hang of it, I began to be drawn to this very exciting world of magic, demons, fairies, and yeah - zombies. Now Zombies here are different - yes they still want to eat people, but they can still think and act normal. Often times they dont know they are dead until this uncontrollable urge to eat people hits them. Its a totally new twist for me, and I liked it.

This story, though, revolved mainly on Domino. Everything always seems to get back to her - like most of the characters are just there to ensure that she'll be the heroine we all expect her to be at the end of the day. Although its a good thing coz it makes the readers' empathy focused on one person only - it made me feel like the rest of the characters lack identity. But maybe coz it has already been established in the first book? See now I really must get my hand on that book.

The ending is a little surprising. I dont know whether Cameron is highlighting some culture's practice or tradition - but the story when the husband must leave and wander in the wild while the wife raise their child on her own - it sounds a little too stereotyped for me. I strongly believe that when a couple gets married, its either they wander together exploring the world - or they settle down and raise a family. That's why its called tying the knot, right? Oh ignore me - just another attack of the romantic side of me. Haha. Nonetheless, I do like the ending. It leaves me with something to hope for for Domino and Adan.

Overall, this has been a very exciting read for me. Its like a non-stop action that'll keep you wanting to turn the pages faster to know what'll happen next. I like Domino's character - a little bad-ass, a little softie - very likable. I like the story, very unique with its highly interesting magic system. And the plot is anything but boring! This, indeed, is another urban fantasy book that I would highly recommend. 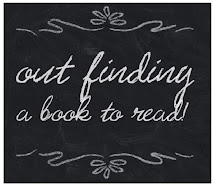